Extinct for eons, the most awesome creatures ever to walk the earth have been brought back to life by astounding biotech advances. These breathtaking behemoths have been unleashed to roam the most incredible animal preserve of all time... man and dinosaur together... JURASSIC PARK. Now, you've been cast in a starring role in this sensational saga. As Dr. Alan Grant, world-renowned paleontologist, your adventure begins on a mysterious fog-shrouded island off Central America, where an untamed, primitive world has been created. Controlled by a vast supercomputer complex, the most privileged visitors are invited to experience its terrifying wonders in complete safety... until something goes terribly wrong. A computer malfunction has caused the release of hundreds of fearsome prehistoric predators. Vicious raptors, spitters and tyrannosaurs are threatening to overrun even the fortified visitor's compound... and two children, Tim and Lex, are lost in the jungle's island wilderness. To find and rescue them, you'll have to face some of history's most powerful and deadly carnivores. 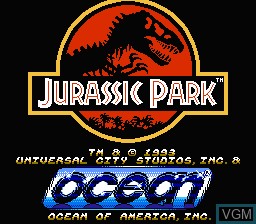 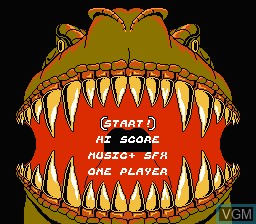 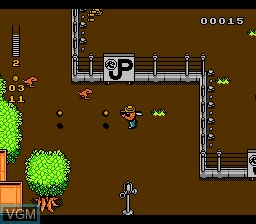 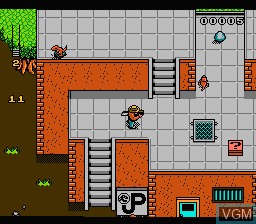